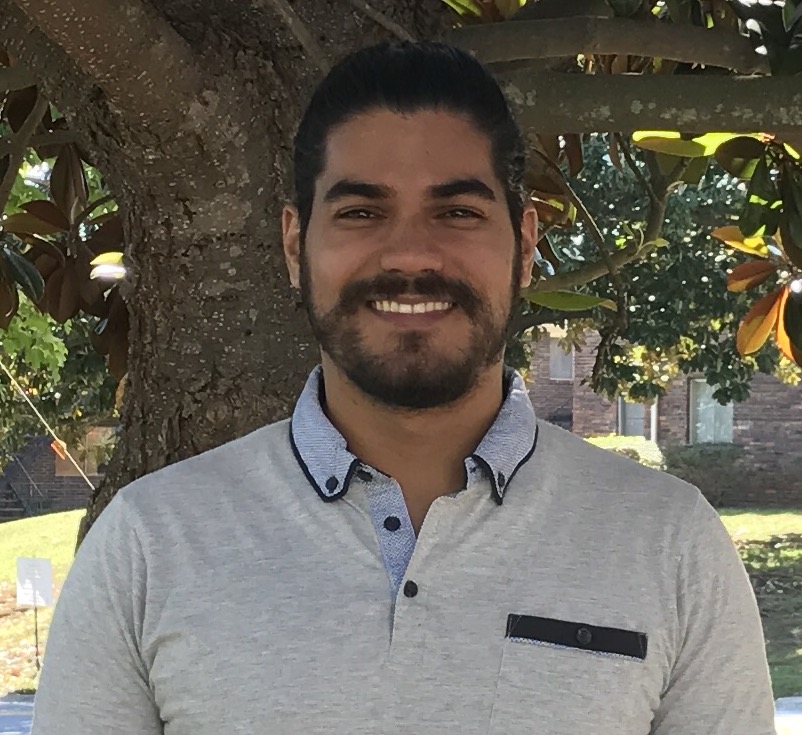 Xavier Ortiz Valle
Showing Up To LIFE
Student: Doctor of Chiropractic
May 2017

Xavier Ortiz Valle arrived in Georgia and Life University just five days after graduating from the University of Puerto Rico with an undergraduate degree in biology – a rather unassuming start, but amazing timing for this eighth quarter chiropractic student from Mayaguez, Puerto Rico.

Originally, Valle planned to be a biomedical engineer, but three years into the program, he realized that the subject matter was just not resonating with him. After enjoying chiropractic care since he was fifteen years old, he came to realize that he really admired the service that his chiropractor was providing to his community.

As Valle puts it, “He was really able to connect to his patients. I thought I would check this out because I also wanted to be able to connect with people on that level and have deeper relationships.” So, he began searching for his new path, and luckily, he had a friend who studied at LIFE. “He told me about LIFE Leadership Weekend, so I came to one to hear about the school and its philosophy, but I also saw the passion and commitment that everybody had. I made the decision right then and there to change my major to biology, finish up at the university and come to LIFE.”

When he was younger, Valle, an athlete, had gone to the chiropractor for occasional neck and back pain, but said that that was the extent of it. His mother connected him to chiropractic care originally as she had also gone to one. He says, “When I first went, I only knew what everybody else sort of thinks they know – that it’s just about cracking bones, so I was little bit scared about it at first. It wasn’t until I got to LIFE and started studying that I really understood its philosophy and saw the impact that Chiropractic can have on somebody … and how everything is connected.”

Valle believed in LIFE’s philosophy enough to dedicate himself not only to his studies, but to the University itself by serving as a Student Ambassador, which takes a large time commitment. In the small amount of leisure time that he does have, he enjoys going to coffee shops and, of course, spending time with his wife, Lorraine (Lola) Rodriguez-Vargas, who also just joined LIFE about a month ago as a Bilingual Academic Support Professional in the Student Success Center.

Regarding Lola, her background is actually in microbiology, and she has a Master’s in Environmental Microbiology and even worked in that area for two years before joining LIFE. She has really connected with her position here, and Valle says, “She is more passionate and loves it even more than what she was doing before. She’s really enjoying it here!”

Lola is not the only one who enjoys LIFE, as Valle expresses, “It has surpassed all of my expectations. I came here with an idea of what Chiropractic was, and I’ve learned that it is so much more than that. I thought of Chiropractic as a way to serve my community, but I see now that you can not only serve your community, but also create a really big and impactful change.”

“Plus, it all then connects with Lasting Purpose. Most people already live their lives with Lasting Purpose before coming here, and that’s why LIFE spoke to them, but putting it into words was something that LIFE did for me. I think that it has always been present in my life even if I didn’t really note it. In my previous jobs, I was really passionate about serving others. I didn’t just see them as jobs. That really carries over into what I’m studying now at LIFE.”

And in his personal life, Valle says that Lasting Purpose plays a large part in it as well. “It’s innate. You either have it or you don’t, and I project it in everything that I do. Even if it’s just being kind to somebody or appreciating what other people do for me. It’s ‘24/7,’ and you always do it, not just inside the LIFE bubble.”

Valle, who graduates in December 2018, says that he is still trying to figure out what he will do but says that his home of Puerto Rico is always in his heart. He plans to eventually return there to give back to his home. “But maybe we’ll stay here in the Southeast for a while since being here has been great. Of course, it’s been better making this journey with Lola here. I miss my family in Puerto Rico, but I think it would be completely different if I had come here alone. It hasn’t been lonely thanks to Lola.”

Valle researched several other schools before deciding on LIFE. His chiropractor went to school in Texas and wanted him to go there, but after a deciding event – LIFE Leadership Weekend – he had no doubt where he would end up. When he saw everybody’s passion and commitment, especially that of the Student Ambassadors, he was sure of his decision.

“During the weekend, we went through Experiential Learning Activities and LIFE Board of Trustees member Jay Handt was my leader. Since that day I have considered him a mentor, and I’m grateful that throughout this whole journey, we have been able to connect many times. He has challenged me to push forward and become a better version of myself, thus becoming a better chiropractor.”

About the Student Ambassadors, Valle notes that they try to have a diverse student representation not only from Chiropractic, but also individuals from master’s and undergraduate programs so that any prospective student feels welcome and understood. Valle himself used his positive LIFE Leadership Weekend experience to help him make the decision that has proven to change his life for the better.

As a Student Ambassador, Valle says that when he is speaking to prospective students, he likes to tailor his message to each individual; however, one message remains the same, “I let them know it will be a great experience, but it will be challenging. I tell them that things are going to be tough at times. There will be classes that will be challenging, but they are coming here to become a doctor and impact people’s lives, and for that, I always recommend LIFE because it will provide you with the tools that you need to become an excellent doctor. Plus, and this is so important, the philosophy at LIFE is the one that Chiropractic was founded on by D.D. Palmer, and we stand true to that philosophy.”

After graduation, Valle may remain in Georgia for a while and work with a couple of mentors in the area as an associate. But ideally, he would rather start his own practice from the outset. He is halfway through his program now and said that as he progresses through its remainder, he keeps the idea of a solo practice in mind. “I am working on becoming the chiropractor that I need to be if I want to start my own practice, which means shadowing more offices, looking at places where I want to open my own practice and thinking about business loans. I want to make sure that I have all those things answered soon because December 2018 is going to get here fast.”

“Something that has helped me be successful is simply ‘showing up.’ It doesn’t matter if I don’t feel like giving 100% due to whatever circumstances are going on around me, I still try to show up to whatever responsibility I have. Whether I’m in an Ambassador setting, in clinic or whether I have midterms or a thousand other things going on, I just keep showing up. That’s what makes it all work for me.”

Whether finishing his studies, welcoming prospective students or, one day, connecting with his patients, Valle will continue to give his all, do the work, love others and serve the world by showing up.