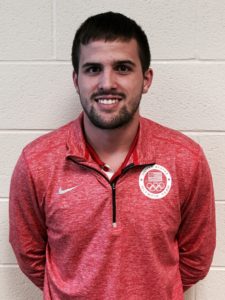 As Paulding County Head Wrestling Coach, Life University alumnus Dillan Schouw has one major advantage when working with high school students: he can relate. Born in Amarillo, Texas, Schouw grew up from third grade onward in Tyrone, Georgia in Fayette County. He, like many of the student-athletes he now coaches and teaches, loved sports, mainly football, and video games. “When I look back, I was normally interested in whatever my dad was interested in,” he says. “And I never gave much thought into what I wanted to be when I grew up, but if you asked me back then I probably would have been a quarterback in the NFL.”

His interests landed on wrestling, which took him to Darton College in Albany, Georgia for college. There he met Coach Michael Miller, who soon came to Life University for the men’s wrestling head coaching position. “I immediately called [Coach Miller] and told him I wanted to come up and continue my wrestling career there,” says Schouw, who transferred after two years to Life University. 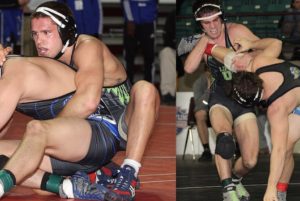 At Life U, Schouw worked on an associate’s degree in Computer Information Management, as well as his Bachelor’s of Business Administration before graduating in 2015. He names Dr. George Teston, III and Marie Powell, M.B.A. as two of his favorite professors — mainly for the problem-solving skills they instilled in him. “They would rarely just give me the answer on a problem. They would instead ask me a question to get me thinking about my own answer and let me find my own solution from there,” he recalls. “That’s a skill that I still try to use today in my own life as well as something I try to teach my students in the classroom.”

As one of the first wrestlers who signed on with Life University when the wrestling program was announced in 2012, Schouw remains passionate about Life U wrestling. “I had a lot of success while I was at Life U. I was one of the first national qualifiers, frequently traveled around the nation in the off-season and earned All-American honors at Greco-Roman wrestling tournaments while trying to qualify for various world teams, even earning Second Team All-Conference honors at the end of my senior year,” he says. After graduating in 2015, he continues to be involved as an alumnus.

Schouw brings his wrestling experience to Paulding County High School, revamping their program and broadening the scope of his student-athletes. “My favorite part so far has been exposing all of these young athletes to wrestling on a greater scale than they knew existed,” he says. He encourages them to think outside of the regular high school season, competing in tournaments and watching collegiate-level athletes. 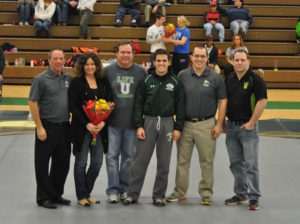 “The biggest challenge that I’ve faced with my job here is introducing them to the amount of work that has to be done for them to accomplish their goals,” he says, accustomed to meeting student-athletes who want to be state champions but who do not understand the work such an achievement entails. He hopes by educating them on the process of succeeding in wrestling, it creates a trickle-down affect that will raise the bar for the wrestling program for years to come. “They will be able to pass [their knowledge] on to younger wrestlers and instill the same passion in those wrestlers that I have in the ones before them.”

Outside of work, Schouw’s childhood hobbies are still going strong — he loves watching football and playing video games. “I still take any opportunity that I can to get on the wrestling mats and mix it up with my old teammates and even some of the new wrestlers at Life U,” he says. He loves the energy in the gym when the collegiate wrestlers come together, many of who were the best wrestlers in their high school programs and are now finding a challenge on the mat.

Most of all, Schouw is thrilled that one of his hobbies and passions became his day job. He says, “Knowing that [my student-athletes] now have this amazing passion for the sport has been breathtaking to be a part of.”