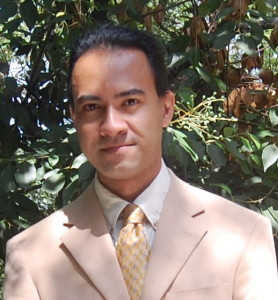 Dr. Brendan Ozawa-de Silva teaches a skill rarely listed on university syllabi: compassion. As an associate professor of psychology here at Life University (LIFE), he trains students that the brain is a set of muscles that can be finessed like any other for maximum potential. And such teachings, like increasing the brain’s capacity for empathy, forgiveness and self-control, are capable of affecting major social change.

Why should compassion be taught in classes? “What I’m really interested in is how we bring secular ethics into society,” says Dr. Ozawa-de Silva, referring to the branch of moral philosophy in which ethics is based on innate human logic, intuition and morals. LIFE has made significant efforts to expand the academic arena for secular ethics, first with the Master’s degree program in Positive Psychology and now with the Center for Compassion, Integrity and Secular Ethics. “The best way to bring about secular ethics is through education, because everyone goes through some level of education in our society,” says Dr. Ozawa-de Silva. “If we get people early, then that’s the most effective way to change society.”

Secular ethics teaches people that it is possible to watch your thoughts and emotions, learning to develop this control as a skill. It posits the ability to train the brain to be more active and less negative, particularly focusing on positive qualities like becoming more grateful, thankful and empathetic.

Dr. Ozawa-de Silva also studies and teaches secular forms of meditation, the only kind that can be brought into public schools, prisons, etc. He knows meditation can have a religious/spiritual aspect to it, but the forms he teaches seek to familiarize the mind with a certain attitude or emotion. “There’s a whole science of gratitude now—how cultivating it can heal our body, can strengthen our immune system,” he explains. “It’s really about training our attitude, something that everyone can do. But right now [society] doesn’t teach that, and therefore [people] don’t do that.”

While teaching compassion in the classroom may sound unusual, most universities promise a self-improving component in their mission statements. “I’ve been at a lot of different institutions,” says Dr. Ozawa-de Silva, who’s studied or taught at University of Chicago, Boston University, Oxford in England, Emory University and now LIFE. “They all talk about an education of heart and mind. They all talk about educating students who are going to become global citizens but don’t actually do anything in the classroom, in the curriculum. It’s part of their ethos but isn’t lived out.”

LIFE seeks to make integrity and compassion a part of the real, lived experience of the students here. Dr. Ozawa-de Silva admits the difficulty of making an innovative impact at larger research universities, and the unique opportunity at LIFE to take risks. He notes, “Here, when someone comes up with a great new idea that’s innovative, exciting and new, chances are good that it’ll actually happen.”

When Dr. Ozawa-de Silva was considering the age-old question “what do I want to be when I grow up?” he didn’t necessarily have “leader in compassion” on the list. “I wanted to be a musician when I was young, and I still want to be a musician,” he says. He jokes, “This is all just a side thing.” In his spare time he sings, plays guitar and piano and works in his home studio.

As an adolescent, he thought he was destined for politics, interning at the White House and attending Georgetown University’s School of Foreign Service. “I thought I was going to be diplomat. Then Washington, D.C. kind of made me question that,” says Dr. Ozawa-de Silva. He pursued several degrees, and spent 10 years at Emory University as a visiting professor and a program coordinator for the Emory-Tibet Partnership, coordinating the 2007 and 2010 visits of the Dalai Lama. “The funny thing is, now I’m kind of going back toward that,” he says, referring to his political beginnings.

The goals of secular ethics bleed into notions of political change, Dr. Ozawa-de Silva has found, particularly when it comes to the criminal justice system. At Emory, he was involved in Cognitively Based Compassion Training (CBCT), which began in 2005, and he continues to teach CBCT classes with prison groups, schools, etc. He works with the Women’s Resource Center to End Domestic Violence, a domestic violence group based in Decatur, Georgia. The organization aims to use compassion training to help women in domestic violence.

His talks on compassion and meditation research brought him to LIFE, and he officially joined the LIFE team in fall of 2012. Besides teaching, he is also an associate director of the new Center for Compassion, Integrity and Secular Ethics. The Center will focus on education, health care, community empowerment and transformational leadership, partnering with like-minded organizations to facilitate compassionate global citizenship.

One of the Center’s revolutionary programs is the Chillon prison program, which seeks to bring a degree program to the prison system. “It’s not just to give degrees to inmates; it’s really about a broader change in society about how we view correctional facilities and how we view criminal justice,” explains Dr. Ozawa-de Silva. “Right now we have a very punitive system: You break the law; you get punished. That’s pretty anti-vitalistic. The president [at LIFE] is really behind the philosophy of Vitalism. It’s a philosophy about the human potential and the potential for change; therefore, it has implications for criminal justice and the potential for rehabilitation.”

Dr. Ozawa-de Silva’s experience volunteering and teaching at prisons has taught him the power of a single moment. The inmates he’s met are in prison due to difficult situations that led to bad decisions; in many cases, ill-made split-second choices have led to life-long prison sentences. “The reason why we execute people and the reason we give them life sentences is because we don’t believe in that possibility of change,” he says. “They aren’t given anything that will help them reform or be rehabilitated. We’re trying to change that.”

He’s excited to be here at LIFE, where there are plentiful opportunities for innovative change. “We can do research, we can do teaching, but we can also do these programs which engage the community—those that are about changing things in society.”