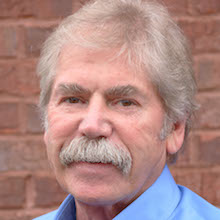 Faculty clinician Dr. Joseph Haezebrouck has had a long history with Life University. After graduating from the University (then called Life College of Chiropractic), Haezebrouck joined the University’s faculty as an associate professor in 1997.

Originally from Mount Clemens, Michigan, Haezebrouck obtained his undergraduate education in health sciences and a Physical Medicine Rehabilitation Certification while still there. His career path was heavily influenced by an injury that he sustained when he, as he puts it, was “having too much fun on a toboggan” that he did not know how to stop – but did so when he hit a tree and fractured his back in four places. He was then paralyzed for more than two months but took part in regular rehabilitative physical therapy and chiropractic adjustments while in the hospital.

He says, “I refused to live my life in a wheelchair. I did the best to motivate myself and take advantage of therapy and chiropractic care to help heal my injuries.” Interestingly, many people noticed his positive, self-healing attitude, and that even included the hospital administrator who offered him a four-year paid scholarship to learn at the teaching hospital where he was convalescing. He adds, “And that was also my first job as a high school senior. It was the start of my true calling and career.”

After obtaining the rehabilitation certification from the hospital, Haezebrouck then decided to “go on the hunt for a chiropractic college” and ended up in the Atlanta area about which he said, “I thought Atlanta looked a lot like Michigan, and I found it so welcoming. So, when I visited the school, I just never left.” A 1983 Doctor of Chiropractic graduate from LIFE, Haezebrouck then decided to remain in the area and opened a practice in the Marietta Square.

Haezebrouck remembers how LIFE looked and felt during his time as a student here and says, “LIFE was totally physically different then, but the spirit probably was just about the same as it is today. But, it was busting at the seams every quarter, and I knew that it was a school that would be forced to become larger since it was showing such great progress. Due to lack of housing back then, there were even students who lived on campus in tents – in a little teepee area that they had going in the woods!”

It was in 1997 that he decided that he would like some variation in his career and, while continuing his private practice, he decided to apply to teach at LIFE. However, it was the job that “almost wasn’t” when his interview with Dr. Sid Williams was postponed several times. Haezebrouck explains, “The day that I came in for my interview, I was waiting for about an hour for Dr. Williams, and I could hear him in the back office tell someone that he couldn’t see ‘whoever was waiting for me’ since he had a Braves game that he and some friends were going to. He was a huge baseball lover. The next week when it was about to happen to me a second time, I thought ‘nope, I’m not coming back,’ so I walked into his office and just sat down so he would have to walk by me to get to his desk. He did just that and acted like I was not even there as I sat right in front of him. He would move papers around, and I could see that he had his Braves cap ready to go and his friends had arrived, but then he just turned to me and said, ‘you’re rather disciplined, aren’t you?’ I told him I was and said, ‘I guess that’s two of us.’ He understood what I was there for and just said, ‘Boy, what are you waiting for?’ I told him I just needed his signature on my employment offer, he signed and that was my entire interview!”

By 2002, Haezebrouck was approached by Dr. Williams to help orchestrate the first functional rehabilitation department on campus within the clinic system. He defined how it should be organized and then opened the department for the first class of interns who would be able to demonstrate in a real world setting the skills that they were learning in the classroom.

Haezebrouck reflects on LIFE and Chiropractic and says, “I recently realized that I’ve worked under the benefit of every president that Life University has had. I’ve known them all and loved working with each and every one. They’ve given LIFE the face that it has today. And that draws a huge number of people to the University.”

He adds that he feels the importance of Chiropractic is without boundaries and that we are only skimming the surface of its importance now as it is so needed in the world today. “It’s so necessary, and I’m so excited about what Drs. Scott and Riekeman are doing globally to bring Chiropractic to the world. We all need to think in terms of ‘what can we do to get this person in a better place,’ and that’s exactly what Chiropractic does.”