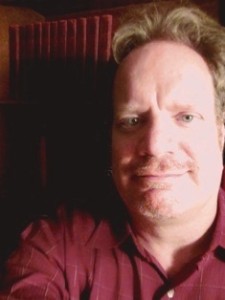 Though Life University (LIFE) is known for its health sciences degrees, Dr. Michael Montgomery is passionate about the arts. An English professor at LIFE since 1996, Dr. Montgomery’s background includes a Bachelor’s in English and Philosophy from Macalester College, studying literature abroad at Cambridge and earning his Master’s and PhD, focusing on English, Teaching and Media Arts, at the University of Arizona. He’s also published 10 books: four fiction, four poetry, one that’s a mix of both and one on film theory.

“If you write about it, you learn it,” says Dr. Montgomery, discussing how writing fits LIFE’s ethos. “Any art, and writing certainly, is a form of meditation. You’ve got to be able to concentrate deeply and if you do, you reap the rewards of it.” In class, he hopes to spark students’ interest in the written word, challenging them with a variety of texts. He says, “You want to expose them to as much as possible.”

He also encourages his students to investigate online journals and submit their own work for publication, offering extra credit as an incentive. “I want them to know that if they took the time to polish and revise their work, they could go as far as they wanted to with it,” says Dr. Montgomery. “It’s an eye-opener, the fact that ‘not only can I write stuff to earn my two credits for the class, but I can actually write something and have people see it.’”

In fall of 2014, his students experienced a cherished authorial perk: seeing their writing in print. With the support of College of Graduate and Undergraduate Studies Dean Dr. Josephine Kershaw, as well as Senior Vice President for Academic Affairs Dr. Rob Scott, Dr. Montgomery had an essay collection of his students’ work printed into a paperback book entitled “Reflections.” The collection features 10 essays written by Class of 2018 students; on the back cover, the students smile in their headshots. The student authors also took part in a book signing at the inaugural College of Graduate and Undergraduate Studies Symposium for Scholarship and Creativity in December 2014. Dr. Montgomery says, “They were sitting at two long tables and there was a poster of the book. They got to pass the book along, signing it, being authors.”

Dr. Montgomery was a reader before he was a writer, a fan of poetry and literary fiction. After studying English as an undergraduate, he veered toward education, and his first job was at Gordon College, a smaller Georgia state school located in Barnesville. He was assigned to teach nothing but composition and, every other year, a literature course. He recalls, “Here I was with a background in philosophy, Eastern philosophy, literature, creative writing, film, media – and I was kind of just teaching nothing but composition. I liked my students and it was a nice area, but I didn’t feel like I could really use my skills and talents.”

Now a LIFE employee for 19 years, Dr. Montgomery teaches English composition and world literature, with elective classes like creative writing and film. “I look forward to teaching Film 101, because that’s the bare bones film cinema class,” he says, speaking of a favorite class. “They get to watch the silent era to French New Wave in the 60s, get to talk about ‘Citizen Kane,’ ‘Vertigo’ and ‘Jules and Jim’ – the classics.” He enjoys the steady rotation and variety of classes, never wearying of the subjects, and believes there is room for growth.

“It would be nice someday to have a fine arts major here. It’s been discussed, but we would have to have bigger numbers to do that. We always do have creative students here. We have singers and dancers and artists and poets,” Dr. Montgomery says. He particularly appreciates the support of Dr. Scott and Dr. Kershaw. He says, “Dr. Kershaw has broadened the Symposium to include creativity. She’s also the first dean we’ve ever had who’s given release time for creative work.” Dr. Scott made the student publication “Reflections” possible, pulling together funding for this creative endeavor.

As for his own writing, Dr. Montgomery pays homage to fantasy and magical realism favorites like Jorge Luis Borges and Gabriel García Márquez in his latest publication, “Speculations,” a collection of speculative short stories. He explains, “Speculative fiction is a little different from science fiction. To me, speculative fiction answers the question ‘What would happen if?’ and you have to create a world where you explore the answer to that question. For science fiction, the world is not ancillary to the writer’s purpose – it is the point.”

He dedicates “Speculations” to his father, a former teacher (Michigan State, University of Nebraska) and editor. “[He has] really slowed down in the past year after recovering from a heart attack,” said Dr. Montgomery. “But you know, he called me tonight to tell me he had finished the book and really enjoyed it … and he’d only spotted one or two errors in it. High praise, coming from him.” Though he enjoys the sense of accomplishment from holding a newly published book, Dr. Montgomery admits that his favorite part of the publishing process is being done and getting to start a new work. After completing “Speculations,” he’s already 15,000 words into a new screenplay.

When it comes to his student writers, Dr. Montgomery recommends they, “Find something they are passionate about and make time for it – even if it means going off the grid. … Stay in practice and use [writing] as a means for learning in your other classes. Writing should be across the curriculum.”